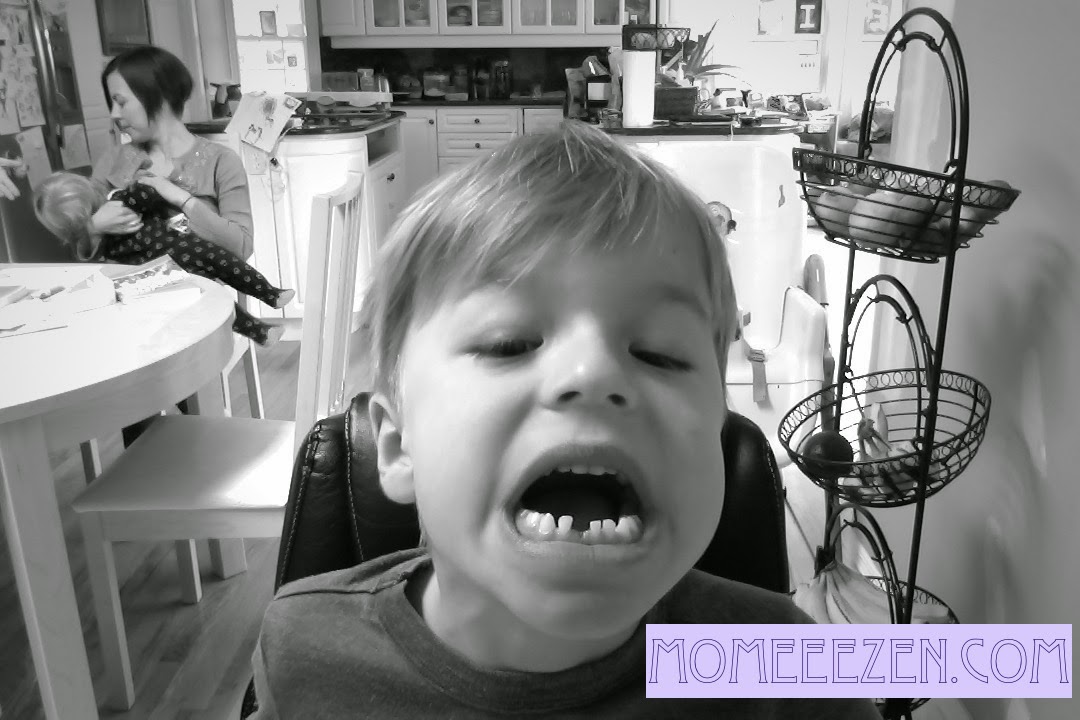 Once upon a time there was a tooth. A baby tooth. That was inside a 5 year old boy's mouth. One day the boy felt it was very wiggly. He couldn't eat his hotdog! So in his frustration, he smushed it all over his face. That was pretty silly. His Dad told him he could help get the tooth out. His mom told him he would be safe and sound even if his tooth fell out. So at bathtime, the boy decided to let his Dad pull it half out, and he would pull the other half out. Well, he got dental floss and toilet paper. The Dad tied the floss around the wiggly tooth. Then he pulled!!! It was a bit suprising! It got bloody. The boy was a little shocked. But then his Mommy told him to take deep breaths. And then he calmed down. And when he fell asleep and the tooth fairy left him some money.

Leave me a little note, it'll make me smile :-)